How does VITAMIN D work in the body? Why are many people deficient? Which supplement is recommended?

Vitamin D is a fat-soluble prohormone.

It is obtained either through the action of sunlight on the skin or from dietary sources. (1)

Vitamin D helps regulate the amount of calcium and phosphate in the body.

(These are needed to keep bones, teeth and muscles healthy).

A lack of vitamin D can lead to bone deformities such as rickets in children, and bone pain caused by a condition called osteomalacia in adults. (2)

Vitamin D has other roles in the body, including modulation of cell growth, neuromuscular and immune function, and reduction of inflammation. (3)

Vitamin D is a unique vitamin because it can be made in the skin from exposure to sunlight.

NATUROPATHIC RECOMMENDATION: IT IS RECOMMENDED TO WALK OUTSIDE AND ABSORB SUNLIGHT EVERY DAY OF ABOUT 20 MINUTES, AVOIDING THE TIME WHEN THE SUN IS THE STRONGEST.

In the UK during autumn and winter (from October until the end of March) the sun is not strong enough to produce vitamin D.

Unfortunately, most of us cannot get enough just from the diet.

There is a risk of not getting enough vitamin D.

Taking a supplement helps to keep levels of the vitamin covered during the colder months.

During the summer months, we usually use a high factor sunscreen, meaning the UVB rays do not reach or enter the skin.

People with dark skin colour required more exposure to sunlight to stimulate vitamin D production; this is because of the melanin pigment which prevents the UV light from penetrating far enough into the skin for vitamin D synthesis.

Vitamin D2 is obtained from the UV irradiation of the yeast sterol (ergosterol) and is found naturally in sun-exposed mushrooms.

Since vitamin D2 is cheaper to produce, it’s the most common form in fortified foods.

Vitamin D3 is created in our body when UVB light from the sun strikes the skin.

Human beings do not make vitamin D2, and most oil-rich fish such as salmon, mackerel, and herring contain vitamin D3.

Vitamin D in the body

Vitamin D that comes from the skin or diet is biologically inert and requires transformations in the liver and kidneys to form the biologically active form of vitamin D.

Without vitamin D, only 10–15% of dietary calcium and about 60% of phosphorus are absorbed.

Vitamin D in these foods is primarily in the form of vitamin D3:

from being exposed to ultraviolet light under controlled conditions. (3)

THE RECOMMENDED FORM OF SUPPLEMENT IS VITAMIN D3, IN LIQUID FORM.

THE AMOUNT THAT IS NEEDED IS VARIED ACCORDING TO EACH PERSON.

According to the NHS, If you choose to take vitamin D supplements, 10mcg / 400 IU a day will be enough for most people for maintenance.

You should consult your doctor before taking vitamin D.(5) 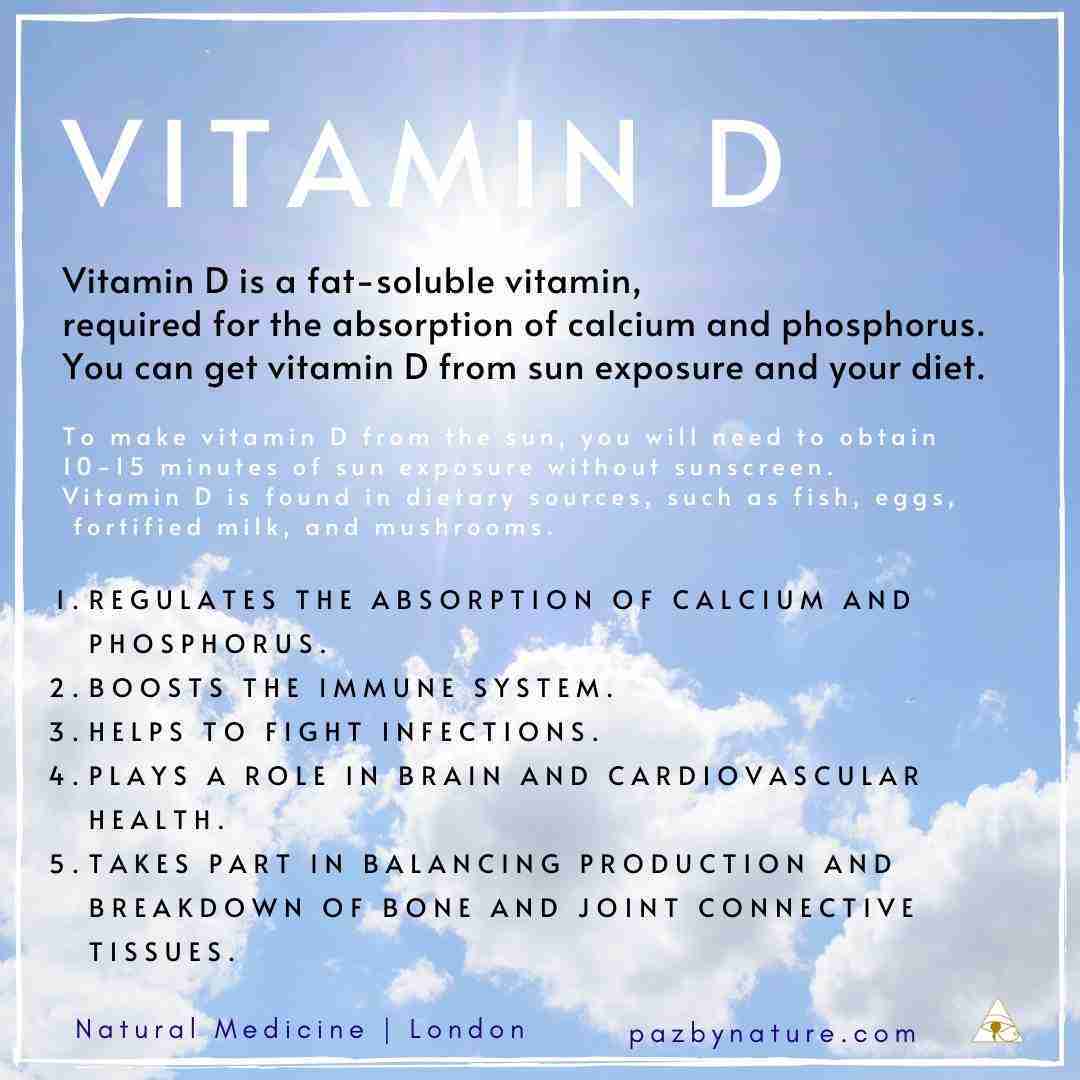